Thank you very much for clicking www.englishwithrasel.com. Dear readers, this article is about 14th NTRCA- Written Question- English Lecturer. NTRCA always repeats the previous year’s questions. So, by practicing the previous year’s question you can make a satisfactory result in the examination. Let’s see- 14th NTRCA- Written Question- English Lecturer

14thNTRCA Written Exam-2017
English Lecturer
Sub. Code: 402
1.Answer any two of the following: 10*2=20
a)‘Elizabethan age was the golden age of English literature.’- Discuss.
b)Evaluate Dr. Faustus as a Renaissance hero.
c)Who are the major poets of the Victorian Age? Evaluate their contributions to Victorian literature.
d)‘Modern life is complex, urban and industrial and it is faithfully mirrored in the poetry of the period.’ Justify your answer illustration some poems of W.B. Yeats and T.S Eliot.
2.Answer any two of the following: 10*2=20
a)‘Wordsworth is a poet of Nature.’ Discuss and illustrate from the poems you have read.
b)How does Swift portray the negative side of human life in ‘Gulliver’s Travels’?
c)Comment on Shaw’s views on love and war in ‘Arms and the Men’.
d)What is responsible for the tragedy of Hamlet-character or fate? Discuss. 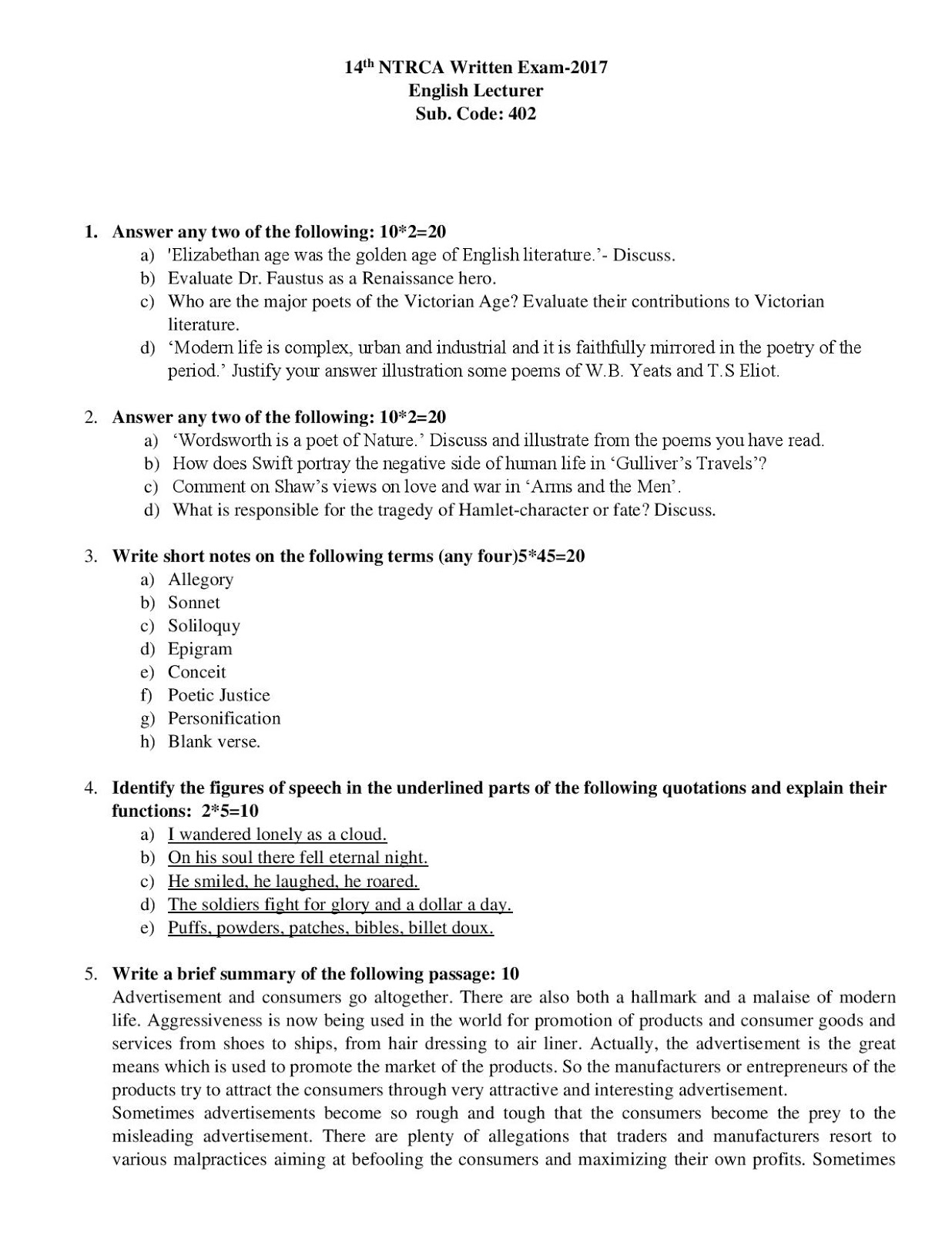 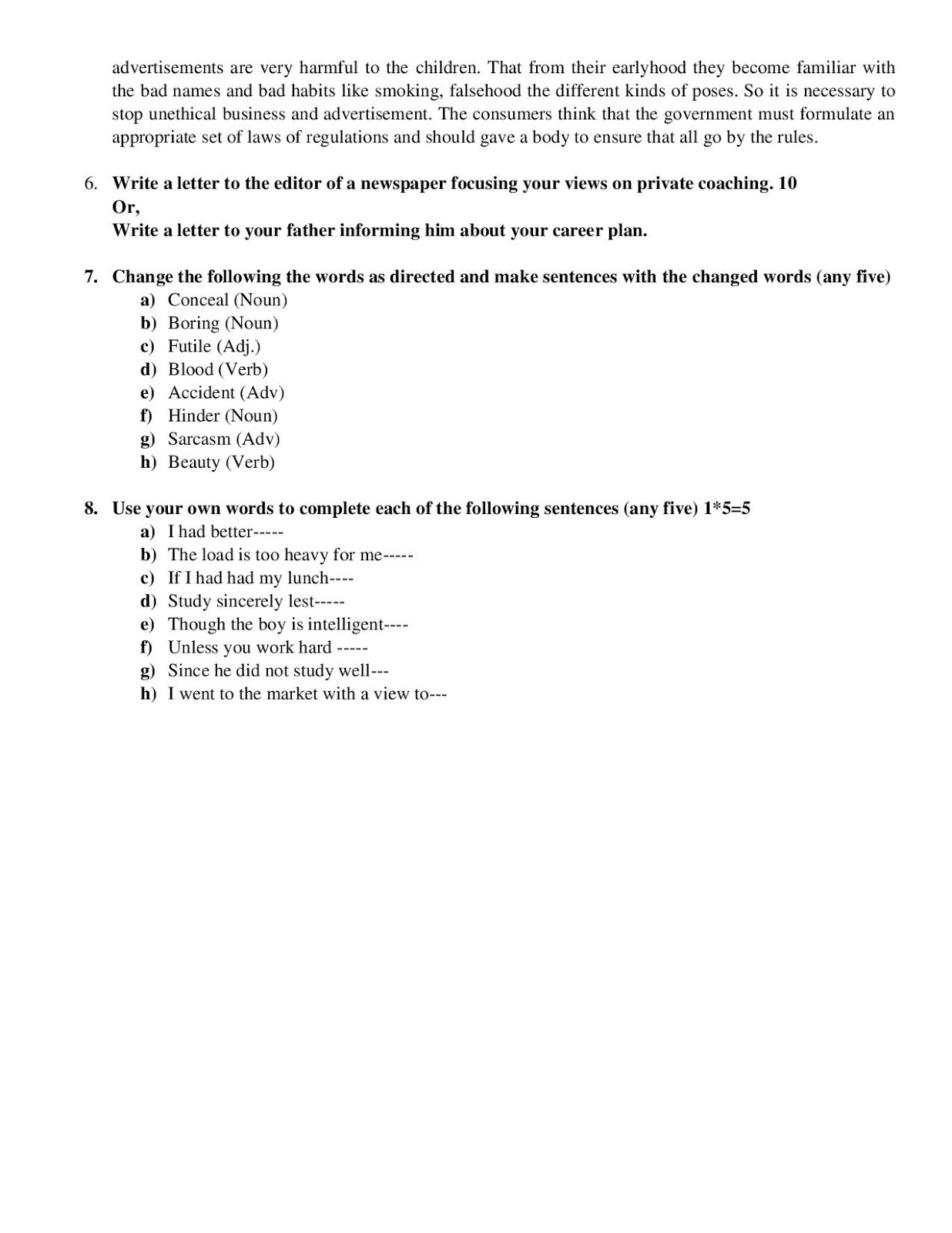 5.Write a brief summary of the following passage: 10
Advertisement and consumers go altogether. There are also both a hallmark and a malaise of modern life. Aggressiveness is now being used in the world for promotion of products and consumer goods and services from shoes to ships, from hair dressing to air liner. Actually, the advertisement is the great means which is used to promote the market of the products. So the manufacturers or entrepreneurs of the products try to attract the consumers through very attractive and interesting advertisement.
Sometimes advertisements become so rough and tough that the consumers become the prey to the misleading advertisement. There are plenty of allegations that traders and manufacturers resort to various malpractices aiming at befooling the consumers and maximizing their own profits. Sometimes advertisements are very harmful to the children. That from their earlyhood they become familiar with the bad names and bad habits like smoking, falsehood the different kinds of poses. So it is necessary to stop unethical business and advertisement. The consumers think that the government must formulate an appropriate set of laws of regulations and should gave a body to ensure that all go by the rules.
6.Write a letter to the editor of a newspaper focusing your views on private coaching. 10
Or,
Write a letter to your father informing him about your career plan.

8.Use your own words to complete each of the following sentences (any five) 1*5=5