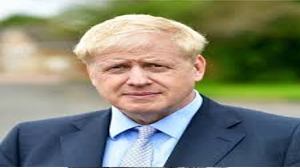 Mr Johnson said in a tweet he developed mild symptoms over the past 24 hours, including a temperature and cough.

From Downing Street,  where he is in self-isolation, said he will “continue to lead the government’s response via video-conference as we fight this virus”.
BBC reports Mr Johnson was last seen on Thursday night, clapping outside No 10 as part of a nationwide gesture to thank NHS staff.
In a video on his Twitter account, Mr Johnson, 55, said: “I’m working from home and self-isolating and that’s entirely the right thing to do.